The Latest and (Mostly) Greatest #89 by Dan!

All right folks, events are ending, things are happening and comic books are still coming out. Let’s do this! 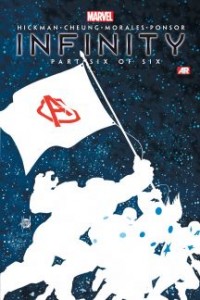 Hmm…without really ending, Infinity comes to a close. If the real villain was Thanos, then the story is wrapped up, but it’s really hard to say after you read New Avengers. As has been the case with most of this event, it’s clear that Hickman has a plan, but after reading the epilogue in New Avengers it’s clear that this plan is a very long con. Infinity is pretty to look at, but it feels like the story itself got too bogged down with it’s 40+ characters vying for screen time. New Avengers is stronger, as that book has pretty much always been. They’re both great reads, and there’s a lot of potential for more to come. Good stuff. 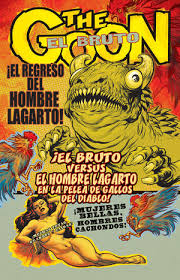 As it says on the cover, this is the return of the lizard man. It’s been almost a year since Powell has graced us with an issue of the Goon, and in the back he gives some talks about the delay. The book is going to go into mini-series styles (similar to Mignola-verse stuff) which shouldn’t be a bad thing. This issue works as a standalone (and technically silent  if you don’t understand Spanish) issue that just has The Goon try to save a girl from the hands of a giant Lizard Man. It’s hard to process, but with Powell’s clear art, it’s always going to be beautiful to look at. If you wanna watch a big dude punch a lizard guy, this is the book for you. 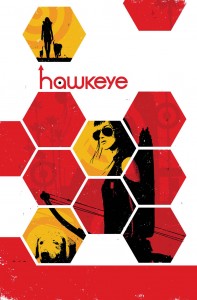 Giving David Aja a break on the art chores, Fraction takes our story to Los Angeles to check on the other Hawkeye, Kate Bishop. Her story has been incredibly interesting, as shown in the annual when she fought Madame Masque. Now she’s working on becoming her own person out in California, and she’s having to figure out ways to survive. Fraction builds a weird little mystery here, and creates some new characters that the audience immediately attaches to. While Wu’s art is always going to be compared to Aja, it’s very much its own fun thing. This is always going to be a great book as long as Fraction keeps these solid stories coming.

Two smaller books making their debuts this week. Everyone’s going to be talking about Black Science, Remender’s latest trip into the sci-fi genre. Much like his past work in Fear Agent, it’s always sci-fi meets something else. This something is “Frog people” and “family drama” and it’s pretty sweet. Things go bad, and then they get worse, and overall it’s just a good debut issue. Never Ending is a straight superhero book about an invincible hero who actually wants to die. It’s going to be a mini-series, so we’ll see how this all goes down. The first issue sets everything in place for the premise, and I enjoyed it much more than I thought I would. Both great debut issues.

I remember when this book came out, the Professor and I debated all the ways that they could undo all the weird stupid murders they were doing in the book. Apparently we were pretty wrong, cause everything wraps up in a clumsy bow, and everything that has happened has actually happened (for now). Everything wraps up but keeps things oddly open. I believe there is going to be a follow up story, but this all just felt like a really weird and abrupt ending to the whole series. I just look back on it and wonder why it even had to happen. Very big “meh” on the series overall.

So apparently there’s a new CGI version of the classic Rocky and Bullwinkle short Peabody and Sherman. So to promote that, we’ve got this sweet comic. It’s written by the guy who was responsible for the Batman Brave and the Bold cartoon comics. If you’re wondering, this comic is pretty hilarious. It fits the mold of what the cartoons used to be, all based around ridiculous pun humor and the history of the world itself. It’s probably one of the most surprisingly enjoyable comics I’ve read in a while. If this is any indicator about the movie (which I doubt) then we could be in for a treat. 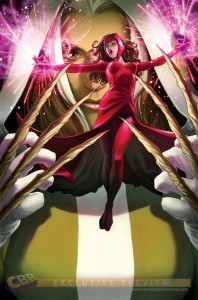 Uncanny Avengers #14 Writer: Rick Remender Artist: Steve McNiven: Lots of deaths, but lots of potential for fake-outs. This is fine, but no more than that.

Letter 44 Writer: Charles Soule Artist: Alberto Alburquerque: More plot pieces get moving in this strange series. Not a lot of action yet, but I feel like we can expect a lot to come.

Ming MGMT #17 Writer/Artist: Matt Kindt: Kindt brings his latest story line to a head with an extra-sized issue. It’s as fun and as pretty as you would expect, meaning that it’s absolutely amazing. 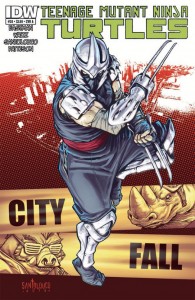 Teenage Mutant Ninja Turtles #28 Writer: Tom Waltz Artist: Mateus Santolouco: City Fall comes to a close and everybody gets in a big fight, and it’s all completely out of control and amazing.

Deadpool Annual #1 Writers: Ben Acker and Ben Blacker Artist: Doc Shaner: What a strange book. Deadpool and MadCap die, but heal together and shenanigans ensue. It’s pretty funny and fun to read through. Very weird though… 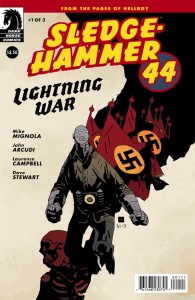 Indestructible Hulk #16 Writer: Mark Waid Artist: Mahmud Asrar: With Hulk back from his time-travelling, Banner has to figure out something to do. This is kind of a place-holder issue, but it’s still well made and well done. It’s good stuff.

Damian: Son of Batman #2 Writer/Artist: Andy Kubert: This is still just not very good. You have to be in the mood for Kubert’s art to begin with, and it’s just not working here. The plot is a mess, almost like it’s written by an artist, and it’s just boring and kind of miserable.

And that’s the week! Enjoy yourselves, save up money and come buy things from us for the holidays!

This entry was posted in Reviews and tagged Avengers, Deadpool, Hawkeye, Hulk, TMNT. Bookmark the permalink.