The Latest and (Mostly) Greatest #83 by Dan!

Hoo boy this is a big week. So I’m going to do a couple things. Up top is going to be the traditional reviews, covering the usual current comics, then at the bottom I’ll do a rundown of those 3-D villain stories. Let’s do this! 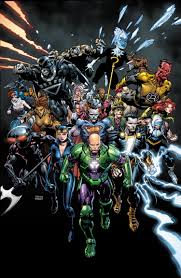 So the big event kicks off for the big month for DC, and how is it? Well, in a word… fine. It’s better if you like Finch’s art (I’m not usually a fan), and it’s as strong and consistent of a story as you’d expect to get from a Johns script. After Trinity War (which annoyed me, but actually had an incredibly strong ending) the Earth-3 villains have taken over. It’s all about the bad guys, much like this month is going to be. It’s interesting enough to be worth checking out, and the purist DC people will definitely enjoy it. P.S. Nightwing totally get’s ‘Spider-Man Civil War’d’ so if that’s a thing you’re into, there ya go. 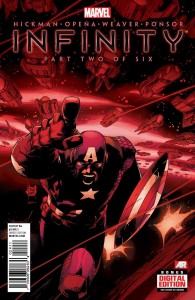 Things keep moving along for this story, and hoo boy are there a lot of characters to keep track of! This is a very good event book, working as the culmination of about a year’s worth of Avengers stories to bring everything to a head. It’s great stuff, but it’s kinda inaccessible if you haven’t been reading all of the Avengers books. The Avengers are out in space trying to figure out what to do, Thanos is making his grand approach to Earth, and a lot of side space characters are dying, and things just keep moving along. It’s a whole lot of fun, but still it’s going to be hard to get into if you aren’t willing to go back and look at everything that came before. 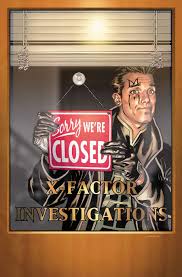 There’s a lot to say about David’s X-Factor run, but to put it as simply as possible, the finale has been completely satisfying. David has taken six issues to give every single one of his characters closure, and this issue wraps up things for Jamie, our effective protagonist, and Layla Miller, the one character that’s been around for him the entire time. Everything gets put together into a nice neat little package, and David gives a heartwarming essay explaining everything about the future without telling anything at all. It’s great stuff, as X-Factor has been for all of David’s run, so what did you expect? 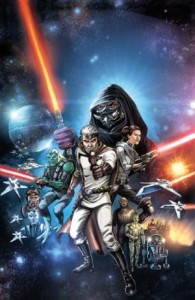 This is without a doubt one of the weirdest comics I’ve ever read. To put it simply, someone decided to take George Lucas’s original draft of Star Wars and just put it right on the page. So what do we get? Well, if you go in expecting Star Wars, you are absolutely not going to get it. Luke Starkiller is old, and he’s not Luke Skywalker. There’s an Anakin Skywalker, but he’s just a teenager. He also has two brothers, and a dad. It’s without a doubt the most bizarre comic in the world. The ideas for Star Wars are there, but it’s aggressively different. If you like the concept of Star Wars, but want to see how it was made, this is the comic for you. 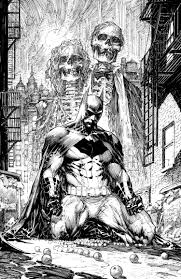 As with most Mark Chiarello projects (Solo, Wednesday Comics) this is a high-priced masterpiece. Every one of these stories is almost completely perfect. It starts with a Chip Kidd story that lets Robin take the spotlight, then Neal Adams preaches, then Wicks and Quinones draw a Harley/Ivy tale and it just goes on and on. It’s even more interesting to see these artists in a more pure form with the black and white. This is a mini-series that’s immediately worth reading and it’s just fantastic. 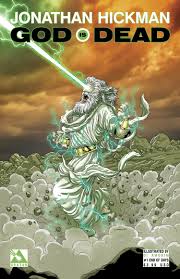 God is Dead #1 Writer: Jonathan Hickman Artist: Mike Costa: This is the first Hickman book I don’t care for. It’s just kinda boring. All the Gods are coming back, and no one really does anything in this first issue.

Hit #1 Writer: Bryce Carlson Artist: Vanesa R. Del Rey: This on the other hand is a ton of fun. A cop works the day shift, then takes the law into his own hands at night. It’s a fun concept that could work really well as the 4-issue mini-series that it is.

So here we are! I’m already 800+ words deep, so I’m going to mix this baby up a little bit. Kinda like when the New 52 started, I’m going to put every book out here, and give you a little explanation about each. Let’s do this (again)! 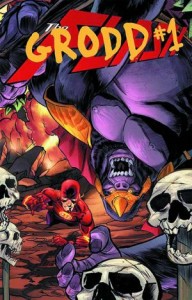 The Flash 23.1: Grodd Writer: Brian Buccellato Artist: Chris Batista. For if you’re reading: Flash or Forever Evil Rogues Rebellion: This is one of the best issues because it at least has lasting consequences. Grodd takes over the city and puts things in place for both the future of the Flash and a tie-in mini series that’s coming. It’s also pretty, Batista absolutely kills it.

Batman and Robin #23.1: Two-Face Writer: Peter J. Tomasi Artist: Guillem March. For if you’re reading: Batman and Robin: This one is nice because it ties directly into it’s parent title (some of them don’t do that as you’ll see later). It takes the wishy-washy nature of Two-Face to the extreme, and it works really well. March draws nice stuff when it’s not T&A, and there isn’t room for that in a Two-Face book. 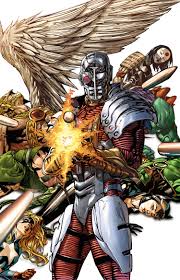 Justice League of America #7.1: Deadshot: Writer: Matt Kindt Artist: Sami Basri & Keith Champagne For if you’re reading Suicide Squad.: This one surprised me because Kindt is taking over Suicide Squad, and he already seems to have a strong grasp of the character. It’s good stuff that elaborates on the character and his relationship to his team.

Justice League #23.1: Darkseid Writer: Greg Pak Artist: Paulo Siqueira & Netho Diaz. For if you’re reading Batman/Superman or Earth 2: Darkseid’s origin is about as dark and weird as you expect, and Pak is one of the best writers DC has going right now. It’s enjoyable to say the least. Fun stuff. 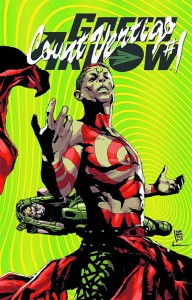 Green Arrow #23.1: Count Vertigo Writer: Jeff Lemire Artist: Andrea Sorrentino For if you’re reading Green Arrow: A strange tale about a strange villain, but it works quite well. It hits some of the more stereotypical tropes (abuse, rage, etc.) but it’s done in a quality way. Good enough, and perfect for if you’re already reading Green Arrow.

Green Lantern #23.1: Relic Writer: Robert Venditti Artist: Rags Morales For if you’re reading any Green Lantern book.: I like Relic’s origin, they explain his name, his motivation and everything important about him. All the while looking REALLY pretty. Enjoyable.

Batman The Dark Knight #23.1: The Ventriloquist Writer: Gail Simone Artist: Derlis Santacruz. For if you’re reading Batgirl.: Quality Simone work, but I feel like I’ve heard this all before. Good enough, but whatever. 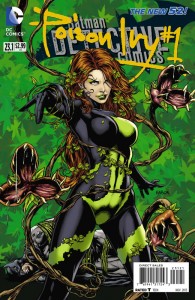 Detective Comics 23.1: Poison Ivy Writer: Derek Friedolfs Artist: Javier Pina For if you’re reading Birds of Prey: Uh-oh, I do not remember what happened in this issue. So that’s kinda a review in itself huh?

Superman #23.1: Bizarro Writer: Sholly Fisch Artist: Jeff Johnson For if you’re reading: Forever Evil (supposedly) or Action Comics/Superman?: Huh. Not sure what to make of this one either. It’s good but not great, and I don’t know if it really has any lasting relevance.

Earth 2 #15.1: Desaad Writer: Paul Levitz Artist: Ylidiry Cinar For if you’re reading Earth 2: This is OK, but just setting stuff up for a story that I can’t guarantee is going anywhere. Fine, but nothing special. 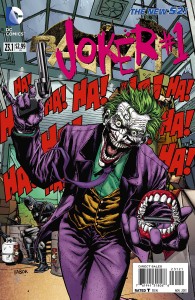 Batman #23.1: Joker Writer: Andy Kubert Artist: Andy Clarke For if you’re reading Batman? I guess.: Then there’s this little beauty. Joker adopts a gorilla for a while and then kills it. That’s the story. Remember the intensity of Death of the Family? Yeah. This throws that out the window in place of mediocre camp. It’s just miserable. And it wastes Andy Clarke’s quality work. Blech.