The Latest and (Mostly) Greatest #73

All right folks, we all survived Free Comic Book Day! That’s why this is a little bit late, but the quality will be as great as ever! I slept for 10 hours, so… Let’s do this! 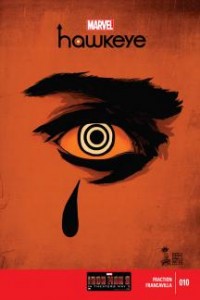 Guys, let’s be totally honest here. Did anyone think that I wouldn’t pick this as my book of the week? I am obsessed with Francavilla, and putting him on what is easily the best Marvel book coming out right now makes this an almost perfect issue of Hawkeye. After an upsetting secondary character death, Fraction rewinds the story and gives you some perspective and background on what was happening elsewhere. It’s a perfectly crafted issue, with Francavilla’s off-kilter page layouts making the book even better than it already is. It’s clearly the book of the week, and Hawkeye is on pace to be the book of the year.

The story being told in Superior is working surprisingly well. Slott keeps coming up with these red herrings to bring back Parker, but then has Doc Ock completely take them down. It’s an interesting style, cuz’ everyone seems to know that something is going on, but no one can quite deal with it. This time around, Ock actually goes into his brain to wipe out any memories that Parker may have. This issue reads pretty simply, but the consequences of those actions could go on for the future of this title. Slott has always had a master plan with Spider-Man, and this is no exception. It’s really good stuff.

This is a weird book, but I think I like it? Conceptually, it’s as simple as, “a group of young people don’t like the way things are run, so they take justice in their own hands”, but there’s a bit more to it than that. The group is specifically targeting corrupt cops and taking care of business. I trust that Simone has a plan in place for the book, and this first issue is about as team building as you can get. I’m not really a fan of Williams II, but when he has the time to do a book, his stuff can look very good, and this is a case where he was clearly given some time to work. It’s a fun book, and the kind of sleeper that may turn out to be really good. 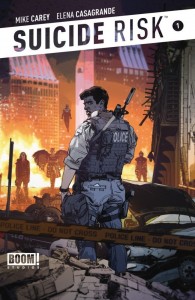 We’re in a golden age of creator-owned comics. So much is coming out from so many different important writers that it’s hard to find the genuinely good ones. It’s hard to know which ones to invest (figuratively and literally) in, and figure out what’s a waste of time. Suicide Risk is a pretty good first issue. The plot basically revolves around the idea that all these regular people are buying drugs to get powers, but only using them for evil. So normal cops are screwed trying to deal with it, until one cop decides to try some out for himself. I enjoyed the hell out of it; it’s well put together and a solid first issue. Great stuff. 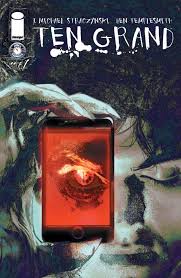 These two books, on the other hand, don’t really pull you in for their first issues. Ten Grand is exactly what you expect from a Straczynski-Templesmith mash-up. It’s overly chatty, but damn nice to look at. I found myself thinking, “why does Straczynski NEVER let the reader actually read the comic?” It’s like he doesn’t trust the artist and loves his own words. Still, it’s pretty. Black Bat is a pretty generic superhero book. It was a bit confusing, (I think the superhero is blind? ish?) but put together well, as Buccellato has been working on Flash for a while. It’s not that either of these aren’t enjoyable, they just aren’t up to the level of something like Suicide Risk.

Thanos Rising #2 Writer: Jason Aaron Artist: Simone Bianchi: Yeah, this is just stupid. At least Thanos is acting like Thanos and not a whiny idiot anymore.

Action Comics #20 Writer/Artist: Tony Daniel: With Andy Diggle off the book, it’s still hard to see the overall tone here. The story has a lot of potential, but with Daniel writing, I have a LOT of hesitation to commit to it in any way at all.

Detective Comics #20 Writer: John Layman Artist: Jay Fabok: This, on the other hand, is wrapping up a little piece of Layman’s story and setting things up for more. Detective Comics has been incredibly good; you should read it. 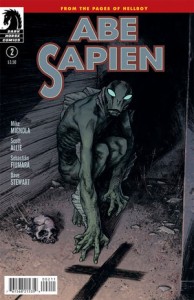 Indestructible Hulk #7 Writer: Mark Waid Artist: Walt Simonson: Guys it’s Waid and Simonson on Hulk. I can’t possibly hype this up any more than the names attached to it already do. It’s completely perfect…deal with it!

Age of Ultron #7 Writer: Brian Michael Bendis Artist: Brandon Peterson: A lot of ideas moving around at once. It’s OK, with a bit of potential, but I don’t have high hopes at all.

And that’s the week! I’m going to sleep for like 10 more hours. See you all next time!

This entry was posted in Reviews and tagged Batman, Hawkeye, Hulk, Spider-man, Thanos. Bookmark the permalink.