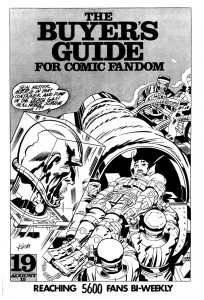 When the magazine The Comics Buyer’s Guide announced that it had ceased publication this week, few comics fans blinked. Some might have noted that its last issue was #1699, indicating a long history, but it hadn’t stood out on the newstand for years. It fell to writers like Heidi MacDonald at The Beat to explain what The Comics Buyer’s Guide had meant to fans in the ’70s and ’80s, in a eulogy here; former editor John Jackson Miller offers a more detailed history here, while longtime comics and TV writer mark Evanier adds a few thoughts here. 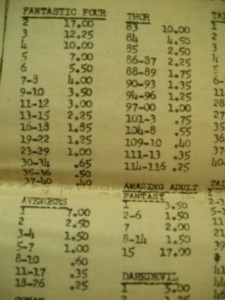 The Hyde kids, Kurt and Randy, lived on a street behind our house, and I’d spent afternoons in their basement reading comics with them. They had an uncle who was a big Edgar Rice Burroughs fan, and he was a part of the loose network of science fiction, old radio program, pulp and comic book fans who traded stuff and sometimes produced primitive fanzines; through those conections, he’s received a free copy of CBG in the mail, and so he passed it along to me.

Early CBGS were free because they were almost all ads; they were an eBay of comics, the first I’d ever seen. You have to understand that there was nothing like an Internet then, no way for someone who liked 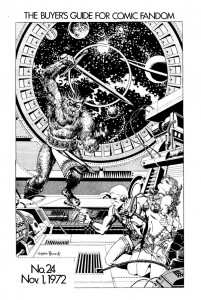 and saved comics to know that other people did it too; people communicated by letter, and it took a week for a written letter to get somewhere, and then another week for a reply to come back. Publisher Alan Light had hit upon the idea of offering a one-stop swap meet for comics and assorted memorabilia, and so each page of the magazine was split up into ads, people offering old comics for sale: send us money care of this address, and a list of the comics you want to buy, and we’ll mail them back to you. A full-page tabloid-size ad was $38; an eighth-page one was $5.

All I knew about comics was that I liked them, and had been reading and saving them for years, so this was a 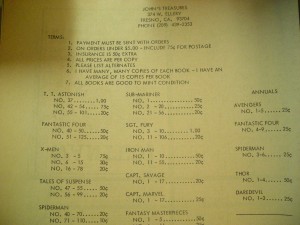 revelation. I spent the next year using my paper-route and pizza-place-employee money on back issues, poring over each new CBG (it came every two weeks), circling items in ads, writing up letters with my choices (and alternates, since I never knew whether someone else would have sent an earlier letter and picked off my prime wants), and building up a very decent Silver-Age Marvel collection (why, oh why, didn’t I buy all the Golden Age books offered, at prices that seem so cheap today? Well, I was a Marvel fan, and wanted to add to my piles of Spider-Man, FF, Avengers and similar books; who cared about DCs, which 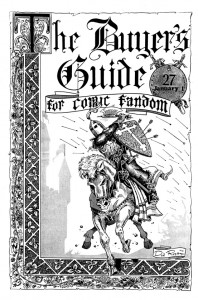 in the early ’70s seemed outdated and hopelessly outclassed by Stan, Jack and the other Marvel Bullpen members? Batman was the exception, and occasional other DC books as alternates — but the really old stuff, the Captain Marvels and the westerns and horror and all the other pre-’60s stuff, just didn’t interest me much then.

This was a time period where little was available on the history of comics, too. I’d received a copy of Jules Feiffer’s The Great Comic-Book Heroes as a Christmas gift, and had found a paperback copy of All In Color For A Dime, with its essays on early comics, but that was it. CBG changed that, too — after its first few months as a free magazine, it started charging for subscription, and then it started including articles. The focus was always on the ads, for them and for me, but some of those ads were for other fanzines (The Comics Reader; The Rocket’s 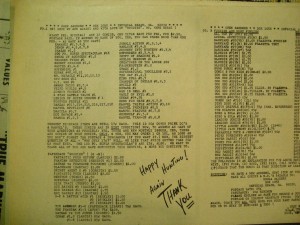 Blast/Comic Collector), and from those and the CBG columns I started to learn names like Will Eisner, Carl Barks, Walt Kelly and Elzie Segar to add to the current creators I already knew, like Lee, Kirby, Ditko, Neal Adams and the rest. It was that remarkable period in any fan’s relationship with a hobby, that sudden realization of what a huge universe of great stuff is out there, all of it unknown and ready to be explored, and it made the young, socially-awkward, geeky me happy for a long time. 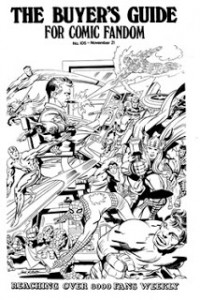 By 1975, CBG was a weekly, and in the early ’80s Light sold it to a publishing house, which added slicker production values and even more news; by then I was married, living in Phoenix and starting work at a local comic book store to supplement my part-time teaching, but I still had a subscription. CBG underwent other redesigns over time, and by the mid-’90s was at its peak, now much more a news-and-review mag than one that depended on ads. That’s about when I started contributing to the monthly “Retailer’s Review” column, where the editors sent a wad of preview copies of new books to five or six different retailers, and had them review the comics. By now I was here at AABC, and Alan threw me the assignment because he was too working too hard at retailing to do it; I spent maybe ten years contributing reviews each 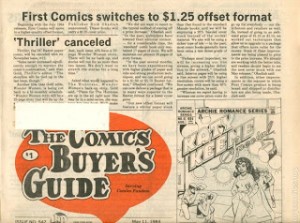 month. That led to some other assignments, and to a few high points like having Brian Michael Bendis call the store to thank me for a review (in 2002 I’d called the first two years of his Ultimate Spider-Man the best superhero comics of the early ’00s, which they were).

By 2000, though, CBG was in decline; competition from eBay had cut away most of its remaining ad revenue (ads for hobby suppliers of stuff like bags, boards and boxes dominated the pages), and even the news and reviews could be had for free on the Internet. Like so many magazines, the writing was on the wall. In 2004, CBG changed to a monthly magazine, and got rid of the Retailer Reviews shortly thereafter; in 2006, I started scratching my comics writing/reviewing itch here on the AABC website, and here I am. CBG shrank each month, its page count dwindling as subscription and ad revenue 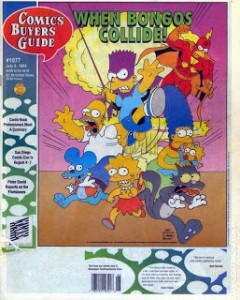 fell, and, really, for the last few years even I haven’t read it much; Alan would bring in his sub copy, I’d read the back-page column by Peter David, and that was pretty much it. The plug-pulling came as little surprise.

Ah, but forty years ago… that’s the CBG I remember, the one that was the gateway drug to comics history and fandom, for me and so many others, and that’s the one I’ll never forget: teen-age me, up in my bedroom, carefully searching and marking up the ads to decide who had the best selection of Spider-Man books from the ’60s, and who was most worthy of my $5 or $10 that issue — and then, weeks later, pulling a package from the mail, ripping it open, and reading a set of early Stan Lee/John Romita Sr. stories I’d never seen before. RIP, CBG, and thanks for the memories.

With 40 years of experience in comic reading, collecting and reviewing, English Professor Phil Mateer has an encyclopedic mind for comics. Feel free to ask Phil about storylines, characters, artists or for that matter, any comic book trivia. He will post your questions and answers on the AABC blog. His knowledge is unparalleled! He is also our warehouse manager, so if you are looking for that hard to find comic book, ask Phil!
View all posts by Phil →
This entry was posted in Comics History, News and Events and tagged Comics Buyer's Guide. Bookmark the permalink.